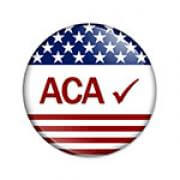 The Affordable Care Act fundamentally changed the way health care is delivered in this country. Every stakeholder in the industry had to adapt to the changes, and, as CNSI is doing, develop technical solutions to aid the delivery.

The most prominent new delivery process was the establishment of health insurance exchanges: marketplaces for consumers to digitally purchase health insurance. The creation of these exchanges was an enormous undertaking, so the law envisioned options for the states; they could either set up an exchange for their residents themselves, or allow their residents to go through the federal exchange, known as healthcare.gov.

Back in 2012 the law was challenged on the constitutionality of the requirement for Americans to purchase health insurance, known as the individual mandate, or face a tax. In that case, the court decided, by a 5-4 margin, that the mandate was indeed constitutional. A challenge to a different aspect of the law two years later undid some requirements the law placed on religious entities.

Now, however, the law faces a different kind of challenge that could have major implications on all health care stakeholders. The challengers are citing a line in the law that says subsidies for low-income individuals purchasing health care are available through “an exchange established by the state.” Their claim is that the law envisions subsidies only being available through state-run exchanges, not federally-run exchanges, which is currently how the law is being implemented.

If the court agrees with the challengers, it would make it illegal for the more than 30 states with federally-run exchanges to provide subsidies to consumers, a core provision of the Act. An estimated 9.6 million Americans would lose health insurance bought through the exchange, and the industry would likely be thrown into a state of chaos.

We’ll have to wait until the decision comes down in June to see what the outcome will be. For a detailed look at what the technological contingencies may look like, take a look at this in-depth article from Politico.

In the meantime, chime in on Twitter to tell us what you think about the challenge. Do you have a prediction for the outcome? If the challengers do win, how will the industry respond?