Treemaps: The Other Chart Type

If you are Dr. Ben Schneiderman of the Founding Director of the Human-Computer Interaction Laboratory at the University of Maryland, you invent a new data visualization that is designed to show relative sizes of the various elements within a hierarchy, the tree map.  And Dr. Schneiderman looked at the treemap and saw that it was good.  He could see immediately which directories were using the most disk space (in relative amounts).  Essentially, a treemap displays your data as a set of rectangles called tiles.  Each tile represents a category or a hierarchy node.  The color or each tile represents the value of the first measure.  The size of each tile represents the value of the second measure. Here is an example: 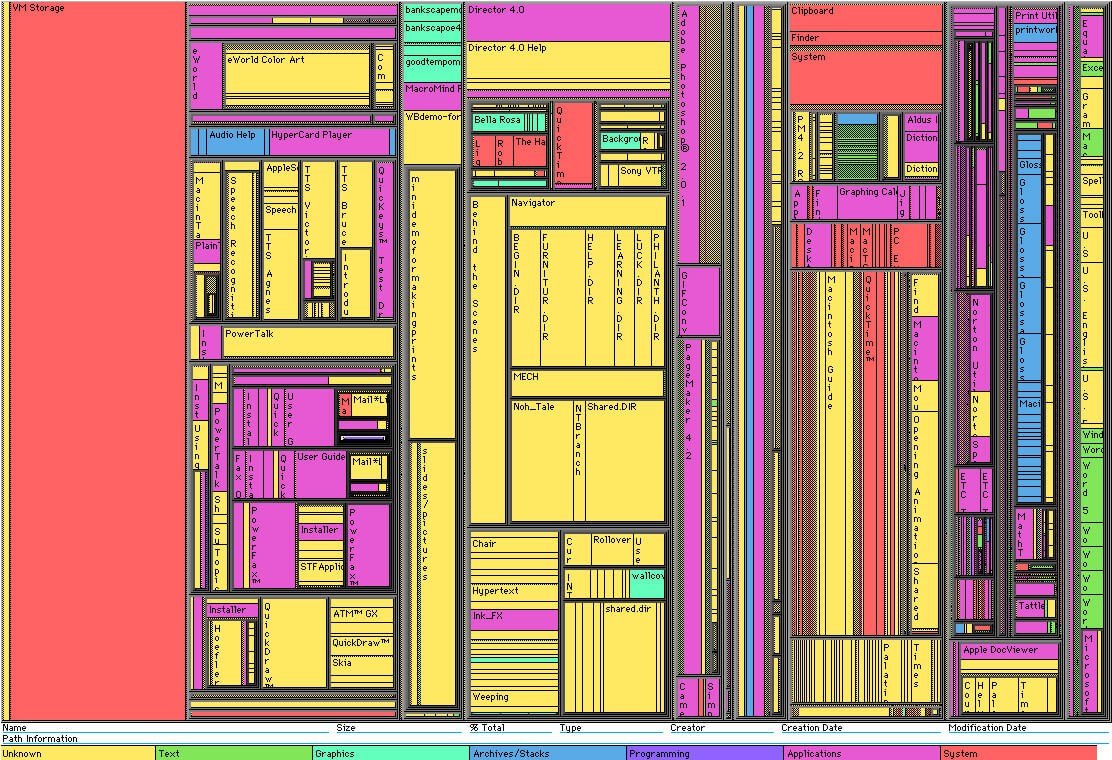 The image below is a more modern example of a treemap taken from the Global Burden of Disease website showing the varying instances of disease across the United States from 2005 to 2010 with the colors representing non-communicable (blue), communicable (red), and non-medical (green) causes of injury or disease. 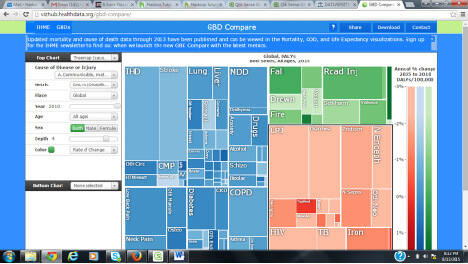 As you can see, treemaps are useful in showing the amounts of something in relation to a whole or aggregate amount. I believe they are a better graphic than the ubiquitous and obsessively overused pie chart.  Why? With a pie chart, if you have too many slices, it’s hard to distinguish between data that are close to one another in size. Plus, treemaps allow for more analysis and better data clarity. Below are three instances in which treemaps are the best option:

Hierarchy: If you are working with data that is hierarchical in nature, a treemap is ideal.  It groups the data into “containers” in the visualization based on the natural hierarchies in the data.  For instance, if your data is categorized by age and income level, both of these are hierarchies that can be represented by treemaps.

Deeper Drilldown: If you need to be able to “drill down” into the details of your data, the data for the treemap is by definition hierarchical.  This makes drilling into components of the aggregate as simple as double-clicking on the “container” in the visualization you want to explore.  (This assumes you are using an interactive visualization of your treemap and are capable of “drilling down” and “drilling up” at will).

Treemaps, although sometimes difficult to build, can yield a higher bandwidth of analytical information while requiring a lower cognitive load. Stay tuned for a future entries on how one can generate effective treemaps.