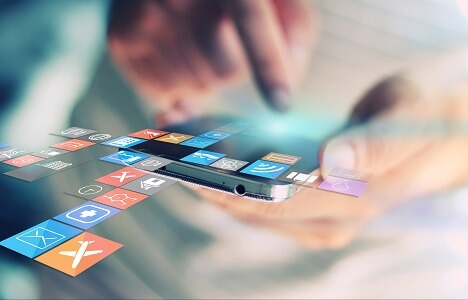 There’s no doubt that Medicaid has transformed significantly since the passage of the Affordable Care Act in 2010. As the number of Medicaid beneficiaries has increased by 40% to 73 million recipients in 2018, so too has interest in Medicaid from investors, health insurers, provider-led plans and others. And together with leaders from federal and state government, Medicaid is being reshaped in ways that were never possible before.

Research firm McKinsey has identified five trends that are most likely to have an impact on Medicaid over the next five to ten years. Let’s take a closer look at three of their predictions and talk about ways that state leaders can prepare for and take advantage of these trends.

Research estimates that Medicaid will be a trillion-dollar program by 2026, thanks in large part to its expansion. And while more people are now eligible for the program, their disparate needs and communication preferences mean that traditional outreach programs may miss the mark for certain audiences.

While the expansion of Medicaid has increased the program’s diversity, one across-the-board shift has been in the area of the adoption of digital tools. For example, even elderly populations expressed a desire for improved convenience and have adopted digital tools, with 70% of all Medicaid recipients surveyed indicating that they preferred digital solutions to phone or in-person encounters. And Medicaid recipients’ expectations are high; because many new recipients have had previous private or exchange-run coverage, they will be anticipating Medicaid service levels to be similar.

State health leaders should keep this information in mind as you’re budgeting for and developing outreach programs and other efforts. Putting more time and money into digital offerings is likely to pay dividends.

Medicaid Expectations and Needs are Evolving

Today’s Medicaid agencies are under tremendous pressure to fulfill two vital roles: to serve as the traditional payer-purchaser for health services, and more recently, to stand at the forefront of innovation and act as a market shaper. But competing priorities—like reining in costs while expanding programs—along with increasing complexities among service providers (like those providing remote or virtual care) and a lack of certainty about future funding can make forward momentum tricky.

To successfully face these challenges, agencies will need to focus on providing effective oversight to their managed Medicaid programs, aligning their standards with those of other major care sources. Additionally, focusing on improving transparency and outcomes will likely lead to significant modernization of operations and technology.

Thanks to the approximately $1.5 billion in private-equity and venture-capital funding over the past five years, more than a dozen investor-backed startups and tech companies are making a play to become household names in the Medicaid environment. Unfettered by bureaucracy, these agile businesses are launching high-touch delivery models that deliver integrated care across physical, social and mental health.

Additionally, companies like these have the ability to take on the risk associated with reaching out to specific populations—for example, dual-eligible beneficiaries—through partnerships with MCOs. As a state healthcare leader, it’s important that you know about and keep an eye on how these innovators are interacting in the larger marketplace, as their actions will ultimately have an impact on yours.

Certainly, continued Medicaid expansion will have an impact on Medicaid budgets, but it will also have a big impact on the expectations of beneficiaries, service providers and technology companies that want to reach the market.

To prepare your state for these changes, it’s important that you realize the role the digital tools are playing in care delivery, and shape your outreach and care programs appropriately. Additionally, understanding the changing role of Medicaid—from that of simply being a payer to that of being an innovator in the space—is well underway. And finally, remember to keep an eye on what agile tech companies are doing in the marketplace, keeping an eye out for ideas worth borrowing or potential partnership opportunities. By recognizing these trends and following these tips, you’ll be on your way toward planning a solid future for your Medicaid enterprise.

MESC 2019 was a stunning success! Thanks to everyone who stopped by our booth, attended our sessions and said hello at networking events; we’re already looking forward to next year’s conference.  Got a question you didn’t get answered at MESC? Please get in touch.